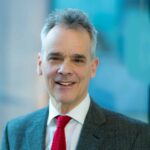 Nat Sloane CBE chairs the Pause Board of Trustees. He brings his experience of social investment, venture philanthropy and working with organisations to deliver impact and scale to the Pause Board.

He co-founded Impetus Trust, the first venture philanthropy trust fund in the UK, and chairs Social and Sustainable Capital, one of the UK’s largest social investment funds. He is also a founding trustee and Chair of the endowment fund for the Education Endowment Foundation which aims to enable schools to raise academic attainment for children receiving free school meals in England.

He is the former chair of the Big Lottery Fund (England) and was appointed as CBE in the 2015 Queen’s Birthday Honours for services to venture philanthropy and social investment. 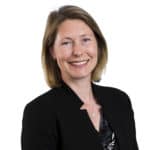 Philippa Hill is a Partner in Forensic and Investigation Services at Grant Thornton UK LLP, where she has specialised in accounting disputes and investigations since 2001. She is a Fellow of the Institute of Chartered Accountants in England and Wales, and was a statutory auditor of small and mid-sized businesses for four years prior to specialising in Forensics.

Philippa has particular experience of advising regulators, companies and their legal advisers on the causes and the impact of accounting misrepresentation, corporate failures, professional negligence and fraud.

Philippa is a Non-Executive Director of Pause and she sits on the Finance and Risk sub-committees to the Board. 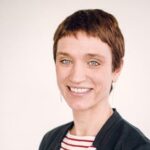 Almudena is Google’s global lead on child safety policy. She joined Google from the National Society for the Prevention of Cruelty to Children (NSPCC), the UK’s largest child protection charity. There, as head of Policy and Public Affairs, she led the work to influence the debate in the UK on online safety as well as wider child protection issues such as the prevention of child sexual abuse and access to mental health and criminal justice for victims of abuse. Formerly, she led major programmes for improving the outcomes for children at the UK Department for Education and worked at the Prime Minister’s Strategy Unit, advising on issues from welfare reform to social investment and social action. Before entering the UK Civil Service, Almudena worked for eight years as an economic consultant at Frontier Economics. 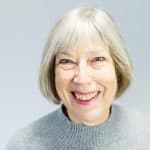 Katherine Gieve is a solicitor with expertise in children and family law; she was chair of the partners and head of the family department at Bindmans LLP until 2014, retiring from her role as a consultant in 2019. She has contributed to the development of family law through the Family Justice Council, where she was the first chair of its safeguarding committee; through her membership of the Nuffield Committee for Family Justice and Child Protection.

Her experience of representing children and parents in care proceedings has given her a deep interest in the needs of those mothers whose children are taken into care and whom Pause seeks to support.

Katherine has been a board member at Pause Hackney since 2015 and chair of the Pause Practice Board since 2016. 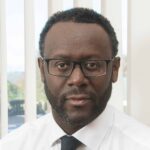 Before becoming Chief Executive of the London Borough of Kingston upon Thames, Ian was the Strategic Director of Rotherham Borough Council’s Children and Young People’s Services. He has 33 years’ experience in the public, voluntary and private sectors.

Under Ian’s leadership, Children’s Services in Rotherham was transformed, improving from a rating of inadequate to good with outstanding features, within three years. As lead commissioner for victims and survivors of child sexual exploitation (CSE), Ian has enabled a range of community-based services to support around 1,100 survivors of CSE.

Prior to this role at Rotherham, Ian was Director of Children’s Services and Deputy Chief Executive at Derbyshire County Council, where he led a service which became one of only a few to be rated good across all areas, under Ofsted’s tougher Single Inspection Framework. Inspectors were impressed by the quality of the work delivered by his service and the learning culture which was developed over time, resulting in sustainable improvement and consistently good outcomes for children.

In 2014 Ian was named by  NESTA and The Observer as of one of ‘Britain’s New Radicals’ for his creative ideas in raising aspirations for children in care. He holds a Masters Degree in developing professional practice (incorporating change management) and is a Masters level qualified executive coach and mentor.

Ian was appointed as CBE in the 2019 New Year’s Honours for services to local government and children’s services. 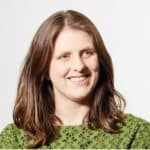 Aideen is a Director of the global technology, media and telecoms team at The Brunswick Group. She has broad experience in international corporate and financial communications and her specialisms are technology, reputation management, stakeholder outreach and the development of networks. 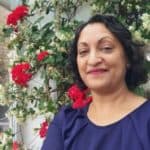 Nimal is a registered social worker with experience of statutory children’s social work including youth justice. Her experience spans Policy Advisor in Office of the Chief Social worker at DHSC. Head of Self Evaluation at What Works for Children’s Social Care, Senior Practice Development Lead with SCIE, Strategic Engagement Lead during the development of Social Work England, Programme Director for the South East London Teaching partnership pilot.

Nimal is experienced in supporting organisations to reflect and focus on innovation, improvement and coproduction.

Nimal enjoys forest bathing, is a bit of a foodie and is experienced in forum theatre. 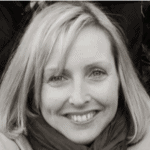 Vicki is Head of Policy and Campaigns at mental health charity Mind, and is experienced at working across a range of public policy issues. She is skilled in campaigning and influencing, policy and public affairs, stakeholder relationships and wider external communications and strategy. Prior to Mind, Vicki started her career in local government before moving into the charity sector where she worked in public affairs and campaigning roles at the Holocaust Educational Trust and Breakthrough Breast Cancer. 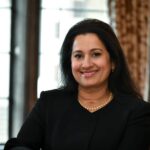 Khatun Sapnara is a Circuit Judge and is authorised to act as Judge of the High Court. She sits predominantly in family law cases at East London Family Court in Canary Wharf,  but also sits in criminal cases at Kingston Crown Court.

Prior to that, she practised as a barrister for 24 years in London specialising in the representation of women and children in family law proceedings, particularly in care cases.

She was appointed as an expert to the Family Justice Council. She is a recognised expert in domestic violence, forced marriage, FGM and so-called “honour” based violence and has advised Government on these subjects. She was instrumental in the creation of the Forced Marriage Act 2007.  She has taught at the Judicial College, sat on selection panels for the Judicial Appointments Commission and chaired a Home Office Domestic Homicide Review.

She advised or served on the boards of a number of organisations such as the NSPCC, Rights of Women, Women’s Aid, and she was Chair Ashiana – the only dedicated forced marriage refuge in the country.

She is a Bencher of Middle Temple and has been appointed as a Judicial Role Model and a Diversity Community Relations Judge by the Lord Chancellor.   She was awarded an honorary doctorate by Royal Holloway (University of London) for her exceptional contribution to the British justice system. 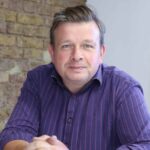 Peter is charity director and part owner of Forster Communications, a specialist social change PR agency. For the past 14 years, he has headed Forster’s strategic communications work for civil society organisations. Working with charity and foundation leadership teams, he is an expert in helping organisations build trust and profile – from positioning and narrative development to hands-on reputation management support and campaigning.

He has a background in campaigning, often translating complex and controversial topics so they are accessible and compelling and has worked with a huge range of civil society organisations, including the Holocaust Education Trust, For Baby’s Sake Trust. Esmée Fairbairn Foundation, NHS Charities Together, Girlguiding, Sightsavers, Campaign to End Loneliness, Eden Project Communities, Liberty, Stonewall and Anna Freud – National Centre for Children and Families. He has worked in the civil society sector for over 25 years and developed the Gift Aid It brand, which has generated over £500m in additional income for charities. 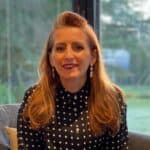 Lara is Deputy Director, Children’s Services, at Oxfordshire County Council. Lara started her career over 25 years ago working in children’s social care as a Social Worker and Approved Social Worker. Lara moved to The Children’s Society in 2003, where she was Assistant Director for London and the SE for 10 years. Whilst there, Lara oversaw and developed local and national projects working with vulnerable children, families and communities, including national policy, campaigning and influencing work for young carers.

Lara has extensive experience of leading children’s safeguarding services and of delivering significant organisational change, including developing multi-agency services across statutory and voluntary organisations. In her current role, Lara has led the implementation of the Oxfordshire MASH (Multi-Agency Safeguarding Hub), the Youth Justice and Exploitation Service and Pause Oxfordshire which opened in 2021. Lara chairs a number of partnership boards including the local Pause board and is the safeguarding and wellbeing governor of a local primary school. 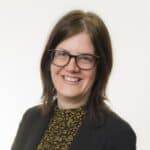 Helen is an experienced civil servant who has worked in many areas of health policy, including patient safety, quality and mental health. She is passionate about working with others to improve health.

Helen also has experience of the charity sector, having recently completed two successful terms as a trustee of Cruse Bereavement Support.