Everyone at Pause is deeply saddened to hear of the death of Nick Crichton CBE. Nick was closely involved in the early development of Pause and became one of our first trustees. 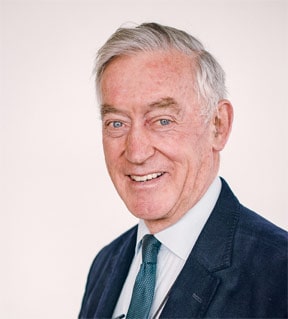 He used his deep understanding of the needs of children and their families, particularly during difficult times, alongside his knowledge of family law, gained through private practice and over 20 years as a District Court judge, to develop pragmatic solutions, not only in his contribution to Pause, but also the founding of the Family Drug & Alcohol Court.

“Nick’s unrelenting focus on doing what was in the best interest of children and families was underpinned by his compassion. Nick never lost sight of the child, but he managed to always treat parents and those close to the child with respect and sensitivity, and where necessary, firmness. Even when a child was removed into care, everyone in the courtroom would know why it had happened. His death is a huge loss to us all.”

Nick’s family have set up a JustGiving page to raise funds for the Isabel Hospice where Nick received care. You can donate here.

🚨Pause job alert!🚨Are you an ambitious, creative & influential leader who is passionate about supporting women to bring about positive change in their lives? Pause Hackney is looking for Practice Lead. Deadline 12 July. Apply now! 👇💻👍 bit.ly/38CAOJ0 @hackneycouncil

About 4 days ago · reply · retweet · favourite

Pause Cumbria has been supporting women to get extra crafty this week. These are so good we had to share... take a look 👇🙌💚@CumbriaCC pic.twitter.com/Oz7Y…

🚨Pause job alert!🚨Are you an ambitious, creative & influential leader? Passionate about supporting women to bring about positive change in their lives? We are looking for Practice Leads to join Pause Hackney & Worcestershire bit.ly/2VtGdg0 @hackneycouncil @ripplezcic

Great to see these principles for the next phase of #COVDI19 response from @NVTweeting 👇👍🙏 twitter.com/NVTweeti…

About 3 weeks ago · reply · retweet · favourite

Could you work alongside women coming to the end of their Pause Programmes to increase independence, sustain positive life changes & reinforce positive self-narratives? @PausePlymouth is looking for a Pause Next Steps Practitioner. Apply! 👇👇 bit.ly/2B1wIgQ @TreviHouse